Be negative (eccentrics) for safety!

One of the litmus tests that I use before sending someone on their merry way to begin dynamic movement in a certain pathway is whether or not they can do the eccentric/negative with control.

For example, if you were to have someone leave a front-balance into a beat on trapeze, a good litmus test would be to see that they’re able to a controlled lower from toes to bar (leg raise) into a hang. This is just an example, but if someone’s legs fall immediately into a long hang from a toes to bar, there’s an increased risk that in leaving the bar from a front balance into a swing, that they’re putting heavier load on their shoulders and hands. Or if someone did a slower lower of toes to bar but their grip seemed to slip, it can be an indicator that leaving the bar with momentum might increase their risk of their grip failing. Or if their shoulder blades under or over-rotate/tip/elevate while doing the slow lower, chances are, under a fast movement the less ideal pathway will occur.

Now, this is just an example, but the same general thought process can be applied to teaching and learning a lot of skills. It is up to you as a coach (or autodidact to think ahead to dynamic skills and movements to break down potential failure points where having increased control through the range of motion can protect your joints/muscles/nerves from suffering undue damage (from either acute injury or from loss of coordinated motion to reduce repetitive strain type movements). 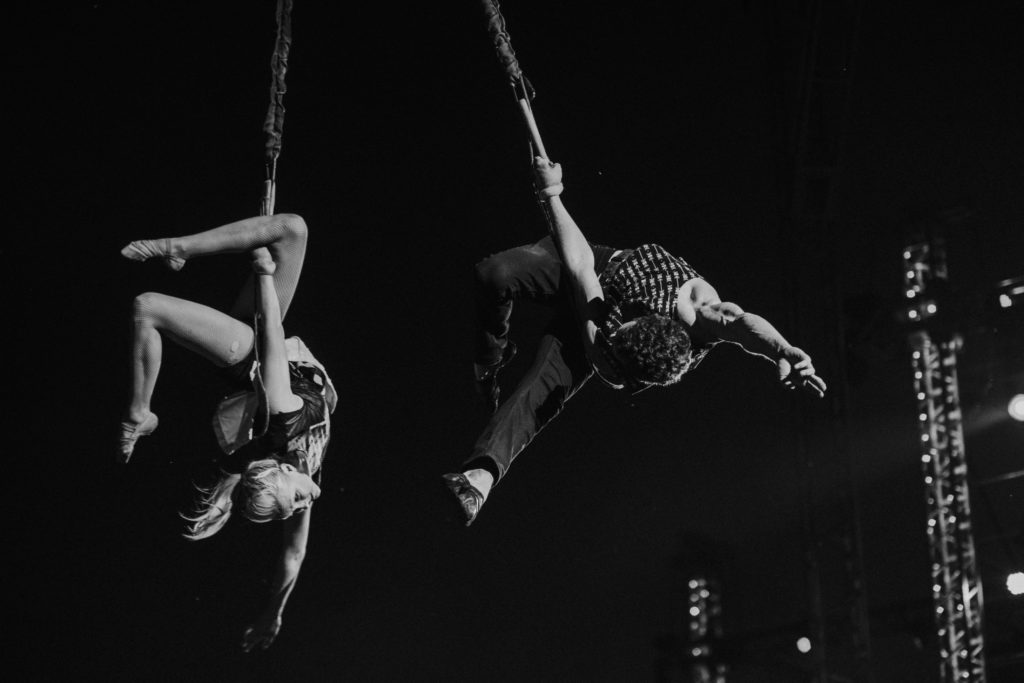 Photo by the amazing Ross Kyker

There are definitely ways that this strategy can get tricky to implement, and this is where finding a high level coach can be useful. For example, there are certain movements where giving a watchful eye to someone’s scapular and humeral control during eccentric movements can be useful in noting where the failure points might be for them (as opposed to just watching them move through the pathway with what looks like good form). If someone is doing what looks like a great looking straddle down (slow, controlled, and with good compression), but their humerus is internally rotated, chances are, they may not have adequate control (in the eccentric) in their shoulder complex.

Another benefit of eccentrics is that increased muscle length (as eccentric exercises have been shown to add sarcomeres in series – ie. making the muscles longer) – because we, as movers of our own bodies, want to be strong in as big a range of motion as we can!

I would recommend using eccentrics as a part of your aerial training, both to functionally work on skills that you don’t have the full concentric motion of, and an an injury prevention tool to build control as an exit pathway from static positions, as well as a visible litmus test for injury prevention before practicing a dynamic movement.

Footnote: Eccentrics have been shown to induce higher levels of muscle damage and inflammation over other types of muscle loading (citation) (and increased muscle damage and inflammation has not been shown to lead to increased levels of strength. However, research has also show that after the first session of maximal eccentric training of a muscle that there is a protective effect for future and following bouts of eccentric exercise (sometimes for up to 6 months) so whether or not you believe that the increased muscle damage is good or bad, it is diminished after that first session, and the benefits of eccentrics (for injury prevention) still outweighs this potential negative (the increased muscle damage). So if you’re worried about training eccentrics, there are ways to mitigate the muscle damage, but I’d still recommend them functionally on many levels.

http://www.lookgreatnaked.com/articles/mechanisms_of_muscle_hypertrophy.pdf – THE MECHANISMS OF MUSCLE HYPERTROPHY AND THEIR APPLICATION TO RESISTANCE TRAINING

https://www.ncbi.nlm.nih.gov/pmc/articles/PMC4620252/#B14 – Overview:Physiological and Neural Adaptations to Eccentric Exercise: Mechanisms and Considerations for Training

https://www.ncbi.nlm.nih.gov/pmc/articles/PMC4760450/ – Muscle damage and inflammation after eccentric exercise: can the repeated bout effect be removed?

https://pdfs.semanticscholar.org/838d/7c00cc996c30837c753c3ee9dddd845680d1.pdf – Characterization of inflammatory responses to eccentric exercise in humans

Number of items in cart: 0